Choose the right quit smoking method for your personality 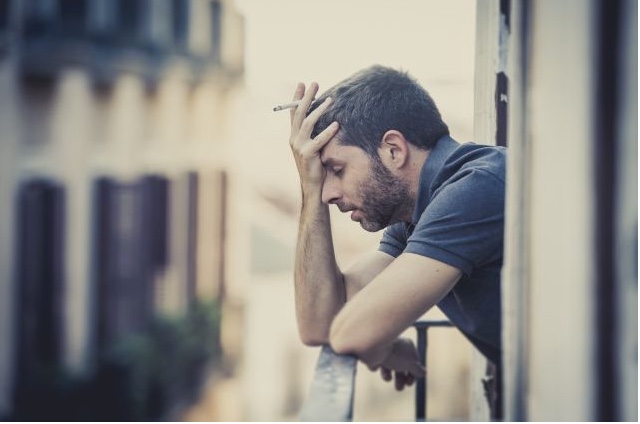 Personality has a bigger role than you think when it comes to which method of quitting smoking is best for you. We asked an expert about how to tackle the problem.

Is there a best time, other than yesterday, to quit smoking? French researchers found that 60 percent of regular smokers make an effort to stop in September, the highest figure all year.

Whatever your reason for trying to quit, we rounded up some recent studies that have shown success in helping smokers quit, and asked smoking cessation specialist Joel Pacoret to evaluate the methods and what kind of person they might work for.

For his patients, Pacoret recommends stacking all the odds by combining several stop-smoking approaches.

“Many of my patients start with nicotine replacement, with the help of acupuncture and hypnosis,” says Pacoret.

A recent study out of Texas suggests that exercises aimed at increasing self-control, such as mindfulness meditation (a practice in which you focus your attention on breathing), can decrease the unconscious influences that motivate a person to smoke. Sixty undergrads at Texas Tech University were split into two groups: Half received relaxation technique training and half received mindfulness meditation for two weeks. Although many of the students said they smoked the same number of cigarettes before and after, the mindful meditators cut their smoking by 60 percent after the study.

Analysis: “It’s a very interesting and promising method because not only does it help with quitting smoking, you also get long-term benefits, such as a healthier lifestyle, a feeling of well-being and relaxation.”

Studies on the efficacy of hypnosis on smoking have shown increasingly positive results. Matt Damon and Charlize Theron credit hypnotherapy with helping them quit. During a typical session, the client is walked through breathing exercises to reach a trance, then hears statements like, “I will never touch a cigarette again” or “I hate the smell of smoke.”

Analysis: “Hypnosis works on an unconscious level, and can help patients who don’t feel they can succeed because something is blocking them. It can help them get over personal boundaries — an unconscious conflict that could be hard to explain with words.”

The traditional Chinese therapy targeting specific points on the body with needles has been promoted as a way to reduce the withdrawal symptoms that people experience when they try to quit smoking. Patients usually report fewer cravings, decreased irritability, improved mood and better sleep. No study, however, shows clear evidence of the benefits.

Analysis: “For some people who suffer from irritability and who don’t want to reflect on it or put things into words, acupuncture is an interesting method, and it usually works quite well.”

Tried and true, this is one of the most effective methods to help people quit and can be easily combined with others. The therapy includes the use of gums, patches, inhalers, tablets, lozenges and sprays, which provide lower doses of nicotine. The jury is still out on whether e-cigarettes are a safe and effective method to quitting.

Analysis: These tools are at the heart of the guidance given to smokers looking to stop. “Quitting isn’t just a matter of willpower. Depending on the level of intoxication — which has little to do with the amount of cigarettes smoked — hypnosis and acupuncture won’t be enough as the problem is biological.”